A Family Place to Stay & Play

Active families are at the heart of this Northern Catskills Mountaintop destination.  By 1950, veterans returning from Europe ignited America’s obsession with skiing (having experienced Alpine resorts in Italy, Austria, France, and Germany).  They returned to civilian jobs, started families, and prospered.

These young families valued their independence, and the freedom that came with the family car provided new options for how they could spend their leisure time. Vacations became a reality, not an unobtainable luxury, and getaways to the natural beauty of the Catskills boomed.

It didn’t take long for the New York State Legislature to recognize that Ski Resorts could be a huge draw to the upstate economy, and by the late 1950s they considered developing a state-run resort on Cave Mountain (Just off Main Street in Windham). While the project never made it out of committee, the idea took hold with a group of families who purchased the land and opened Cave Mountain Ski Area in 1960.

By 1963 the first ski lodge was built, and snowmaking began. Four years later, residential development began with Alpine duplex and single-family homes on the west side of the mountain. About this time, Dick and Lois Jordan and family came to Windham with a passion for the growth of Windham Mountain as a family destination.

In 1981, more lifts added, and snowmaking covered 90% of the newly named Ski Windham.

Over the next twenty years, snow sports had evolved to include boarding, tubing, and other outdoor adventures. Committed to the enjoyment of all sports on the mountain, Ski Windham became Windham Mountain.

Dick and his son Rick went on to develop Brainard Ridge Townhomes, Watch Hill, and many single-family homes. Custom Timber Frame and Craftsmen Log Homes with iconic views and prime locations have been built by Brainard Ridge throughout the area. 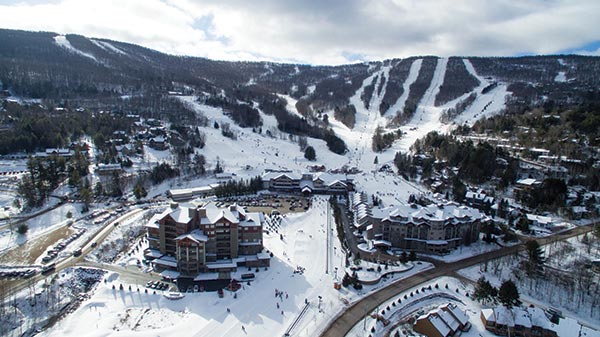 If you’re intrigued by our active mountaintop lifestyle, want to learn more about starting your own family traditions in Windham, or want to find that perfect property, let Brainard Ridge Realty take you inside our community, and welcome you home.